I will instruct you and teach you in the way you should go;
I will counsel you with my eye upon you.   Psalm 32:8 ESV

Welcome to the last 7 days leading up to our mission trip and ministry event week!  Are you ready to venture among Muslim peoples with the gospel?

Let’s pray for one another as we prepare for this opportunity to represent our Savior, knowing that He is the One who will instruct us and guide us.

Please use this page every day to join with other team members in preparing your heart and mind through prayer, reading, and video.

May the Lord greatly bless you through these resources!

Pray for all 32 of our team members by name 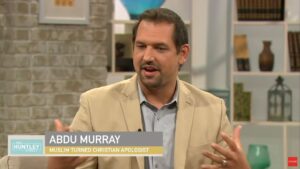 Spend some time praying for all the volunteers who will be helping with the ESL/soccer camp and for the Thursday evening soccer event by praying through Ephesians 3:14-21, Paul’s prayer for spiritual strength for the Ephesians

Look over the trip schedule and pray for strength, wisdom, grace, and open doors for our team, remembering especially the times we will be entering into our Muslim friends’ homes

Islam: A Way of Life

The Hadith and the Sunnah