But in your hearts honor Christ the Lord as holy, always being prepared to make a defense to anyone who asks you for a reason for the hope that is in you; yet do it with gentleness and respect.  1 Peter 3:15 ESV

You may have met the kind of people who always seem ready to give a Bible or New Testament to a total stranger they strike up a conversation with.  I have always admired people like that.  Or maybe you have met people who can entertain children they have never met with some kind of game or magic trick.

I was always fascinated by the rope trick where three different length ropes all end up looking like they’re the same length, to illustrate that no matter how good or bad we may think we are in ourselves, we are all equally in need of the Savior, Jesus.  We will never forget a friend of ours who did these kinds of things while hosting our team on mission trips.

I have not always been so well-prepared.  This has sometimes made me think more proactively before going on a trip or deciding what to keep in my car.

One summer I was traveling across the U.S. and stayed at a hotel in a small midwestern town.  I decided to just walk around town after dinner, to see what the riverfront looked like, before going back to the hotel.  As I headed back in the direction of the hotel, to my pleasant surprise I saw a Muslim family coming along the street in my direction.  They were surprised by the Muslim greeting I gave them, which led into a longer conversation.

The next morning at the continental breakfast included with the hotel stay I gave them one DVD about the life of Christ and another about Mary Magdalene’s story.  They were so thankful to be given these gifts by a total stranger.  I was thankful that I had included things like that in my luggage.

One helpful place to get Bibles and other resources in many different languages is Multi Language Media.  Other sources for Bibles are:

This page is a place you can visit often, or just whenever you need to, in order to find helpful resources for learning and training, and for reaching out to your Muslim friends and neighbors.

If you can’t find something you’re looking for, you can always get in touch with us.

Some years ago a young mother shared with me her apprehensions about moving with her family to a Middle Eastern country.  I had recently read Daughters of Islam, by Miriam Adeney, and so I recommended she read it.  The encouraging and insightful stories about women from many walks of life and from different countries were just what this young mother needed to help her gain a positive understanding about what could happen through her and her family as they moved to another country.

On many occasions since then, I have been grateful for books like A Wind in the House of Islam: How God Is Drawing Muslims around the World to Faith in Jesus Christ.  David Garrison’s monumental work in researching movements to Christ all over the Muslim world has been helpful to so many in the body of Christ.  What a great resource to pass on to other people!

The humble, Christlike attitude of Fouad Elias Accad in writing Building Bridges: Christianity and Islam will also be a real blessing to all who read it.  The back cover of the book promises that “If you want to reach out to Muslims around you, Building Bridges will equip you to build relationships of mutual respect and trust.”

We welcome your input about these recommended books and your suggestions about other books that should be added to this list: 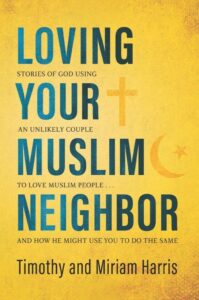 Anyabwile, Thabiti M. The Gospel for Muslims: An Encouragement to Share Christ with Confidence. Chicago: Moody, 2010.

Garrison, V. David. A Wind in the House of Islam: How God Is Drawing Muslims around the World to Faith in Jesus Christ. Monument, CO: WIGTake Resources, 2014.

Harris, Timothy, and Miriam Harris. Loving Your Muslim Neighbor: Stories of God Using an Unlikely Couple to Love Muslim People … and How He Might Use You to Do the Same. Credo House Publishers, 2020.

Jabbour, Nabeel. The Crescent through the Eyes of the Cross: Insights from an Arab Christian. Colorado Springs, CO: NavPress, 2008.

Müller, Roland. The Messenger, the Message & the Community: Three Critical Issues for the Cross-cultural Church Planter. Osler, Sask.: Can, 2010.

Musk, Bill A. Touching the Soul of Islam: Sharing the Gospel in Muslim Cultures. Crowborough: Marc, 1995.

Smith, Marti. Through Her Eyes: Perspectives on Life from Christian Women Serving in the Muslim World. Authentic, 2004.

Books about Islam and Islamic History

Hazleton, Lesley. After the Prophet: The Epic Story of the Shia-Sunni Split in Islam. New York: Doubleday, 2009.

Jenkins, Philip. The Lost History of Christianity: The Thousand-year Golden Age of the Church in the Middle East, Africa, and Asia- and How It Died. New York: HarperOne, 2008.

Moucarry, Chawkat. The Prophet and the Messiah: an Arab Christian’s Perspective on Islam and Christianity. Downers Grove, IL: InterVarsity Press, 2001.

Books about the Qur’an and the Bible

Wow!  That was revealing!  Daniel Brubaker, a scholar whose focus is ancient Qur’anic manuscripts, had just given a presentation about discrepancies between the most ancient remaining manuscripts of the Qur’an and the version of the Qur’an read by Muslims today.  He showed photo after photo of pages of the Qur’an that had been altered by various means during the early years of Islam.  The text of the Qur’an has never been subjected to scrutiny anything like the Bible has endured, but with the research of scholars like Dr. Daniel Brubaker we are given the opportunity to see and decide for ourselves whether the Muslim claim that the Qur’an has never been changed is accurate or not.

Campbell, William. The Quran and the Bible: In the Light of History and Science. Upper Darby, PA: Middle East Resources, 1986.

Richter, Rick. Comparing the Qur’an and the Bible: What They Really Say about Jesus, Jihad, and More. Grand Rapids, MI: Baker, 2011.

Geisler, Norman and Saleeb, Abdul. Answering Islam: The Crescent in the Light of the Cross. Grand Rapids, Mich.: Baker Books, 1993.

George, Timothy. Is the Father of Jesus the God of Muhammad?: Understanding the Differences between Christianity and Islam. Grand Rapids, MI., Zondervan, 2002.

Rhodes, Ron. Reasoning from the Scriptures with Muslims. Eugene, OR: Harvest House Publishers, 1984. 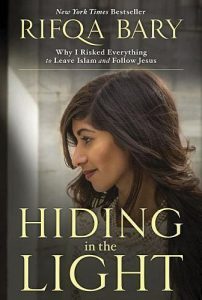 Bary, Rifqa. Hiding in the Light: Why i Risked Everything to Leave Islam and Follow Jesus. Waterbrook Pr, 2016.

Bradley, Mark. Too Many to Jail: the Story of Iran’s New Christians. Monarch Books, 2014.

Sheikh, Bilquis, and Dick Schneider. I Dared to Call Him Father: The Miraculous Story of a Muslim Woman’s Encounter with God. Grand Rapids, MI: Chosen, 2003.

Lessing, Doris. The Wind Blows Away Our Words: And Other Documents Relating to the Afghan Resistance. New York: Vintage, 1987.

Weaver, John. Inside Afghanistan: The American Who Stayed behind after 9/11 and His Mission of Mercy to a War-tone People. Nashville, TN: W Pub., 2002.

Fernea, Elizabeth Warnock. Guests of the Sheik: An Ethnography of an Iraqi Village. New York: Doubleday, 1989.

Reeves, Richard. Passage to Peshawar: Pakistan, between the Hindu Kush and the Arabian Sea. New York: Simon and Schuster, 1984.

Ebrahimji, Maria M., and Zahra T. Suratwala. I Speak for Myself: American Women on Being Muslim. Ashland, OR: White Cloud, 2011.

Booklets about Sharing with Muslim People

Websites for Learning about Islam

Islam: The Way, The Truth and The Light? (Christian site)   http://www.rim.org/muslim/islam.htm

Websites for Learning about Outreach to Muslim People 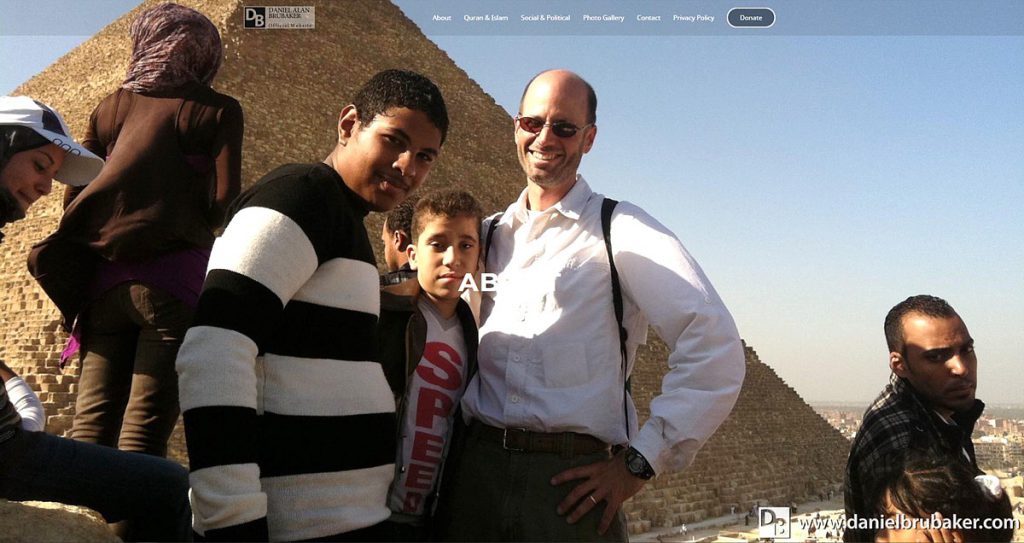 Fellowship of Faith for the Muslims  https://www.ffmna.org/

Spotlight on Muslim Misconceptions (Articles, audio, etc., from lectures and dialogues in the United Kingdom)  http://spotlights.org/

The Caleb Project (Christian site dedicated to equipping the Church to reach the world)  http://www.calebproject.org/

Jesus Film and Other Audio and Visual Media

Jesus Film  (Site featuring the Jesus Film and many other video resources)  https://www.jesusfilm.org/

A Muslim Journey to Hope  (Many film testimonies of former Muslims)  https://muslimjourneytohope.com/

Arabic Bible Outreach Ministry  (The Bible in Arabic in many formats, including audio)   http://www.carm.org/islam.htm

Islam: A Way of Life

The Hadith and the Sunnah